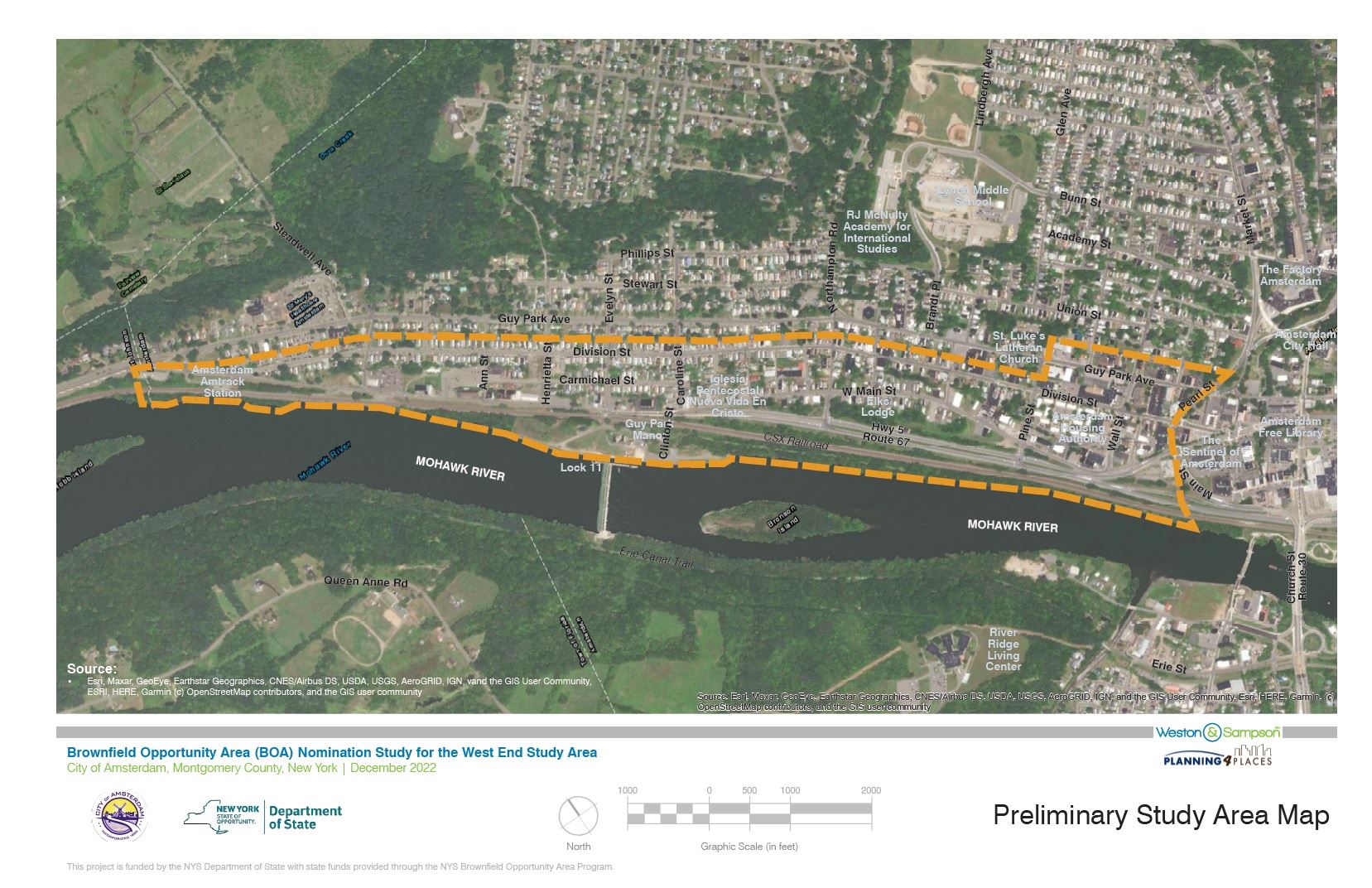 The City of Amsterdam received a Brownfield Opportunity Area (BOA) program grant from the Department of State to prepare a Nomination for the West End Study Area.

The City of Amsterdam intends to develop a BOA Nomination for an approximately 158-acre area in the city’s West End neighborhood. A former manufacturing center characterized by approximately 22 brownfield sites. The two primary objectives of the BOA study are to determine appropriate reuse of underutilized or contaminated parcels within the city; and to generate a catalog of updated information and data necessary to minimize exposure to potential contamination.

The West End neighborhood represents one of the gateways into the City of Amsterdam. The BOA Nomination Study is needed to set a vision for how the community will grow the West End neighborhood. The West End was impacted by three extreme weather events in less than one year in 2011: Hurricane Lee, Tropical Storm Lee, and Superstorm Sandy. The damage caused by the three extreme weather events left formerly occupied buildings empty leading to their deterioration and eventual demolition.

The City of Amsterdam’s West End BOA Nomination is considered a regional economic priority as it will build on numerous ongoing planning projects in the community. 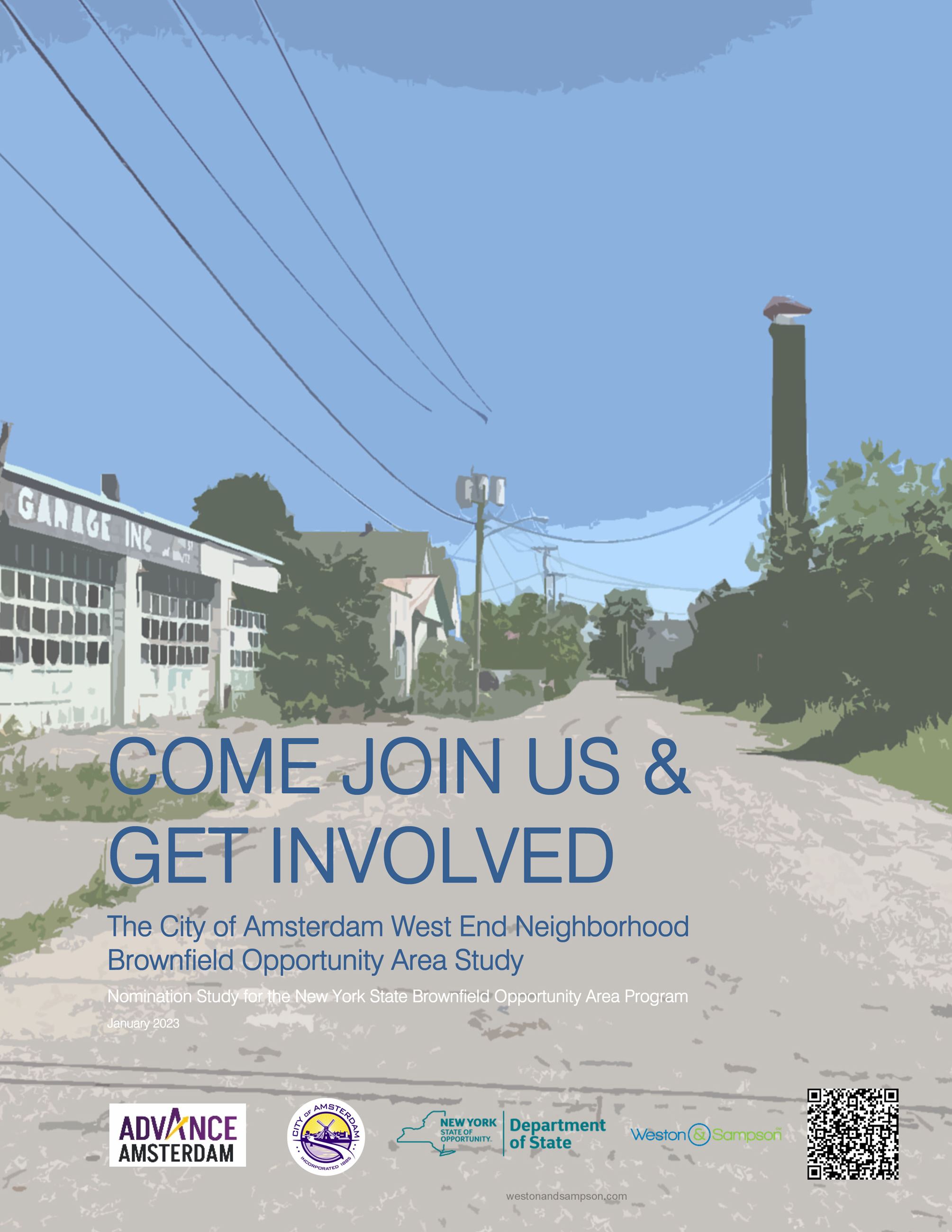 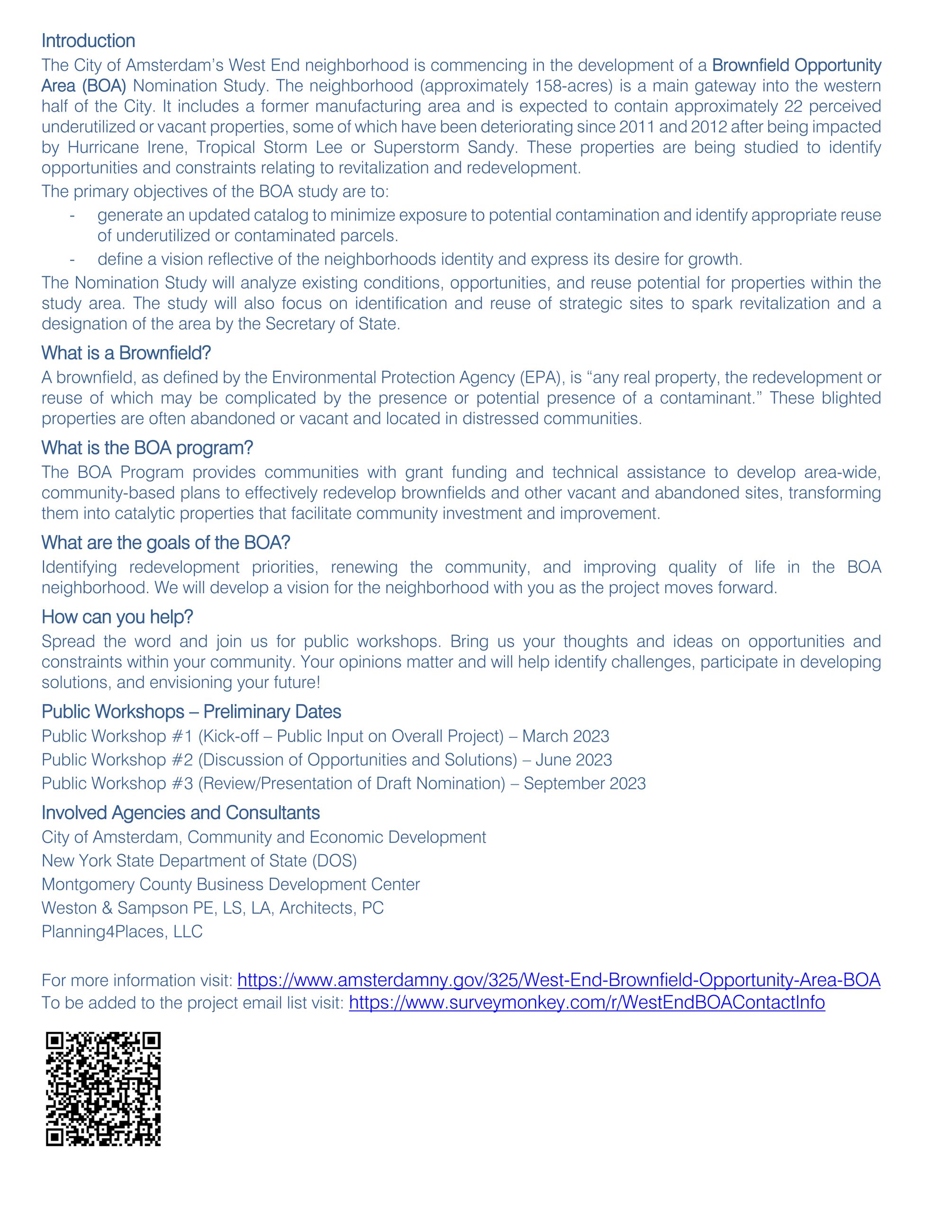