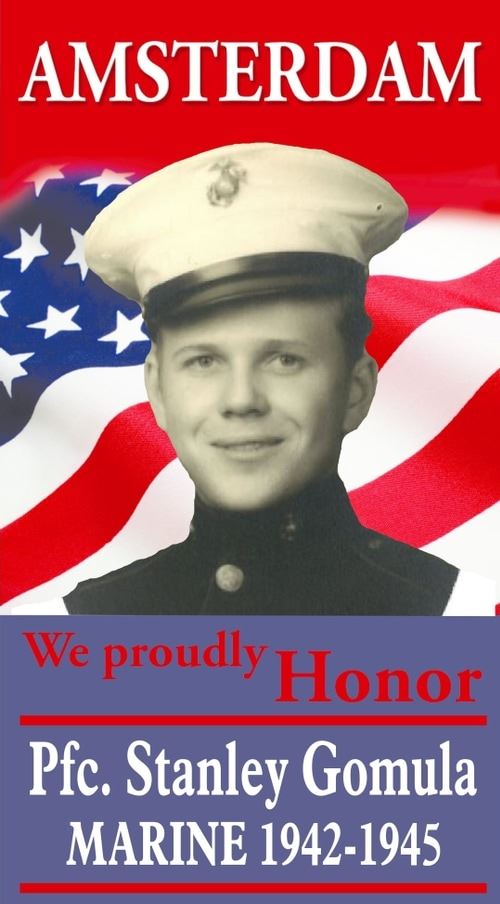 Stanley Gomula was born and raised in Amsterdam and was the son of William and Stella Gomula. After graduating from Wilbur H. Lynch High School, Stanley enlisted in the U.S. Marine Corps in December 1942 and served in the Marine  Corps' anti-aircraft division. Stanley was stationed in 1944 on Tinian Island in the South Pacific where the atomic bomb was being stored until its use. After being honorably discharged, PFC  Gomula went on to join the Amsterdam Police force in 1951. He rose to the rank of Special  Investigator of the Youth Bureau until his untimely passing. He sponsored a youth basketball team, operated a driver's education business, and played saxophone/clarinet in the local band, The Melodians. He married Sophie Bodak and had three children Christine, Brian, and Kathleen.