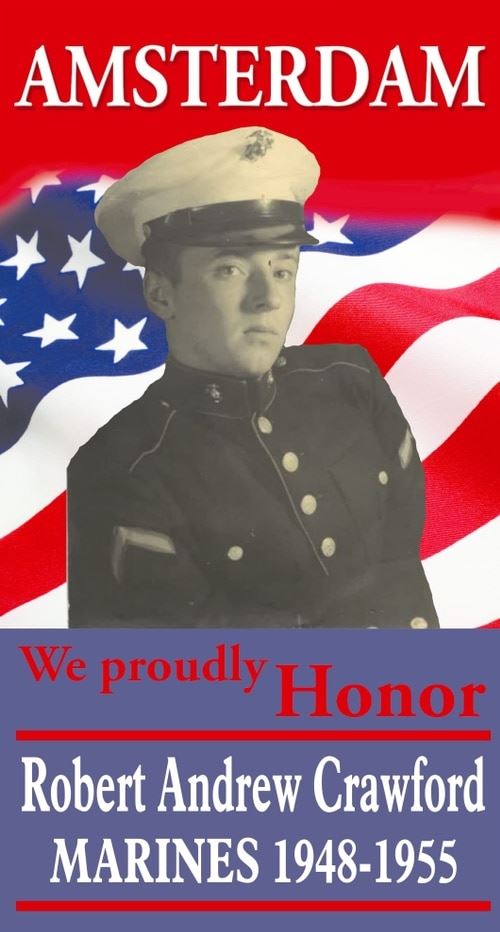 Robert (Bob) Andrew Crawford enlisted in the United States Marine Corps in 1948 and served both active and reserve duty until August of 1955 and was promoted to the rank of Sergeant. Bob participated in action against enemy forces in South and Central Korea from January 1951 until February of 1952. Bob married the love of his life, Marylyn Burnley in 1952 and together they had four children, two boys, and two girls. Bob is the proud grandfather of four grandchildren and multiple great-grandchildren. Bob was active in the community for many years as a Wee-Men Minor Baseball Coach, Manager, and subsequently Commissioner of the Amsterdam Wee-Men Minor League.