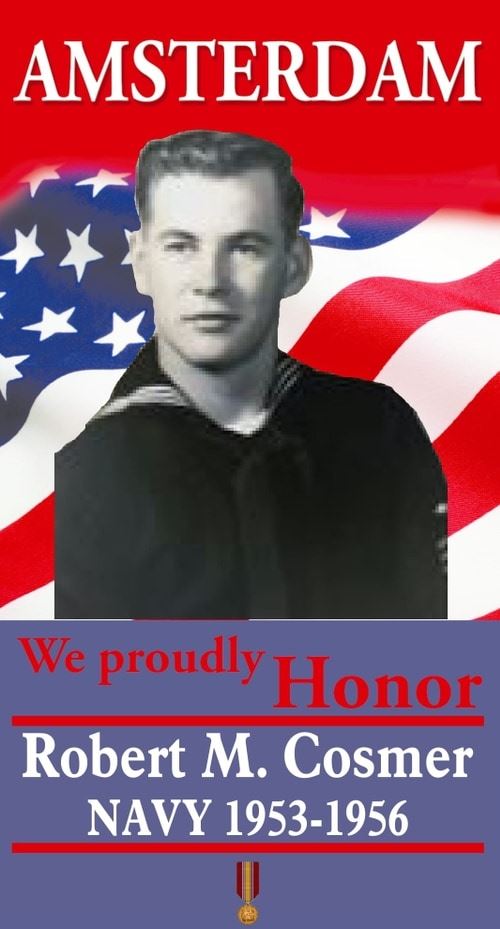 Robert M. Cosmer was born in Amsterdam to Michael S. and Doris (Juedes) Cosmer in 1932. Robert proudly served in the U. S. Navy from 1953 to 1956. Robert served at the U.S. Naval Air Station in Hutchinson, Kansas, as an Electrician for Naval Airplanes. He achieved Commandant Third Naval District and received the National Defense Service Medal. Robert returned to Amsterdam, and married Louise M. Merola, and raised a daughter, and 3 sons in Amsterdam. Robert's career was as the Manager of Beneficial Finance Co., located in downtown Amsterdam, until his retirement in 1990. Robert was an active member of the Knights of Columbus, Kiwanis Club, and St. Mary's Parish. Robert retired with his wife to Harwich, MA on Cape Cod, where he continued to be involved with local community service organizations, and his parish.