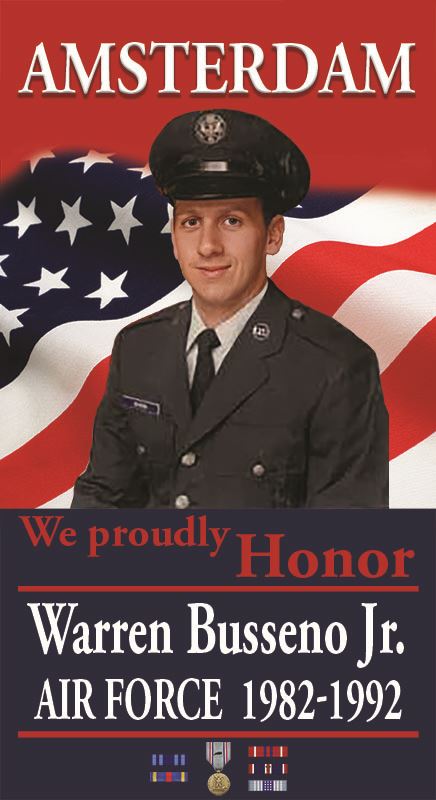 Warren Alvin Busseno Jr was born in Amsterdam NY on June 17, 1961. Warren graduated from Amsterdam High School in 1980. Warren enlisted in the United States Air Force in January 1983 and served until August 1990. Warren achieved the rank of Sergeant with a primary specialty as a Munitions Systems Specialist. During his time in the service, Warren was stationed at Hill Air Force Base in Utah, Taegu Air Base in South Korea, and Griffiss Air Force Base in Rome, NY. Warren returned to his hometown of Amsterdam and continues to serve the public as a Water Treatment Operator at the City of Amsterdam's Water Plant. Warren has three children Anthony, Jacob, and Jullianna.