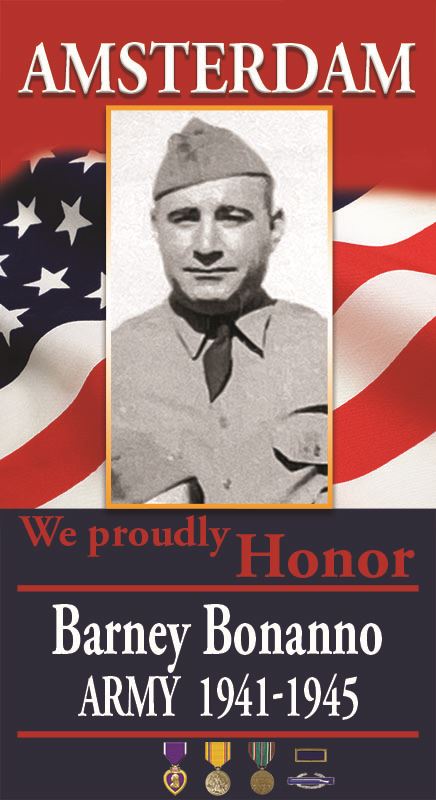 Barney Bonanno graduated from Amsterdam High School and then began his military career training at Fort Jay in New York. Barney served his nation overseas, in the European-African-Eastern Service from October 1942 to August 1945 during World War II. He sustained a leg wound and was missing in action for three days which earned him the distinguished medal, Purple Heart. In 1945, shortly after returning home, Barney was discharged as Staff Sargent. Barney married Catherine (Timpani) on October 23, 1948. Together they had four children, Bob, Dave, Dawn, and Gary. The entire family is proud of him as a veteran, dad, grandfather, and great-grandfather.